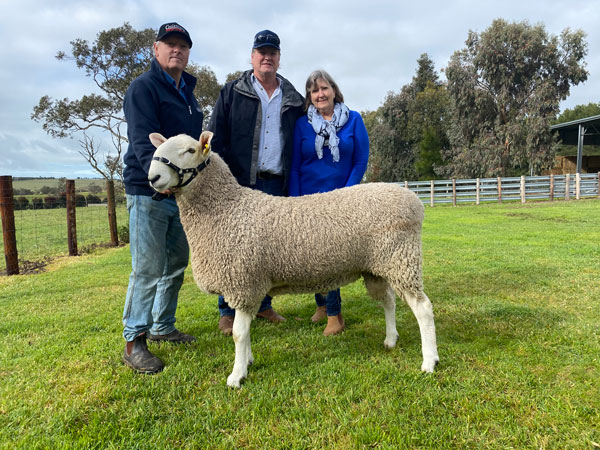 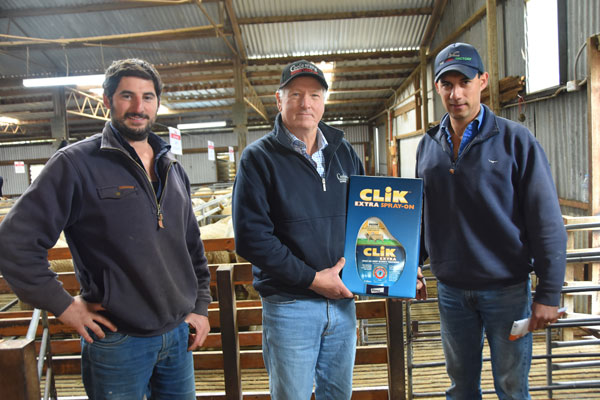 A WELL-BALANCED ram with tremendous presence and high quality wool has rewritten the Border Leicester breed's history books, making $27,000 at Coolawang stud's annual sale at Mundulla West on Thursday last week.
Less than a fortnight after Johnos stud, Eurack, Vic, snatched the breed's national record with a $19,500 ram, the James family - who had long held the accolade - reclaimed it with the first lot of their outstanding draft.

It was from the Victory family, which has bred so consistently for Coolawang, producing many show champions and stud rams sold to flocks across Australia.

"(The ram was) very well-balanced with beautiful wool and head and a good hindquarter," he said.

It had one of the highest maternal $ indexes in the catalogue at 136.3.

Just a few lots later, the record was nearly surpassed again with brothers Ashley and Tom Corkhill, Normanhurst stud, Boorowa, NSW, putting in the $26,500 winning bid on AuctionsPlus for lot 4.

Ashley said they were keen to reinvest in some top genetics in the wake of the success of their 16th annual ram sale.

They have bred some great progeny out of a Coolawang ram they bought in 2015 and were taken with lot 4 for its moderate frame, finer wool, overall correctness and sire appeal.

"A big thing for us was the (ram's) 35 micron wool but also a greasy fleece weight (figure) of 19.5, which is the highest in the catalogue."

Despite the dizzy heights reached in the stud ram offering, there was plenty of affordable buying in the flock rams.

In a change of format which was well-received, the 15 stud rams were the only lots to be put through the sale ring.
Flock ram buyers instead bid with confidence as the videos of each lot played on television screens in front of them.
Seven buyers took home 10 rams or more but the sale's biggest buyer was first-time clients Phil and Yiotis Toumazos, Murrabinna Pastoral, Kingston SE.

"The depth of quality was as good as you will see anywhere," he said.

"That growth, carcase qualities and outlook of the rams are genetically certainly sought after, and those genetics have been proven to receive a bonus in the saleyards - so that's why the buyers were here today."