The Mundulla based Coolawang Border Leicesters made the post show and sale headlines last year for all the right reasons, and repeated that Adelaide success this year, but the James family has their focus clearly on their commercial clients.

Last year this led to a magnificent stud component result at their 2013 annual ram sale when the 15 stud rams offered sold to a new Australian record of $18,200 for Coolawang 120088, the 2013 Adelaide reserve champion to the Glencorrie stud, and averaged $6250. That level of sale success was always going to be hard to match, but the stud achieved a very solid stud component with its 11
stud rams selling to $6500 (for the Adelaide champion) and averaging $3745.

As exciting as those sales were, it was the strength of the commercial flock ram support that pleased stud principals Trevor, Judy and Lachie James most, with a total clearance in both years when demand was not as high nationally.

The flock ram offering at this year’s Coolawang sale was increased with the objective of ensuring those breeders who have shown faith in Coolawang genetics can fulfil their needs at good value. While top end stud sales always fluctuate, the James family is very conscious of the need to provide high quality flock rams at good value on a consistent basis to the commercial first cross ewe breeders. This was certainly appreciated by those clients and despite the increase in demand taking care of the increased sale numbers, the average price only increased marginally to $988 meaning they remained viable for buyers.

Coolawang is very much in tune with that market, also breeding and offering an annual draft of first cross ewes for the Naracoorte specialty sale. Besides the successes at that sale by many of their clients, they were very pleased to again win the ‘Best presented pen’ award sponsored by the Australian Border Leicester Association, this being their third win in 6 years. 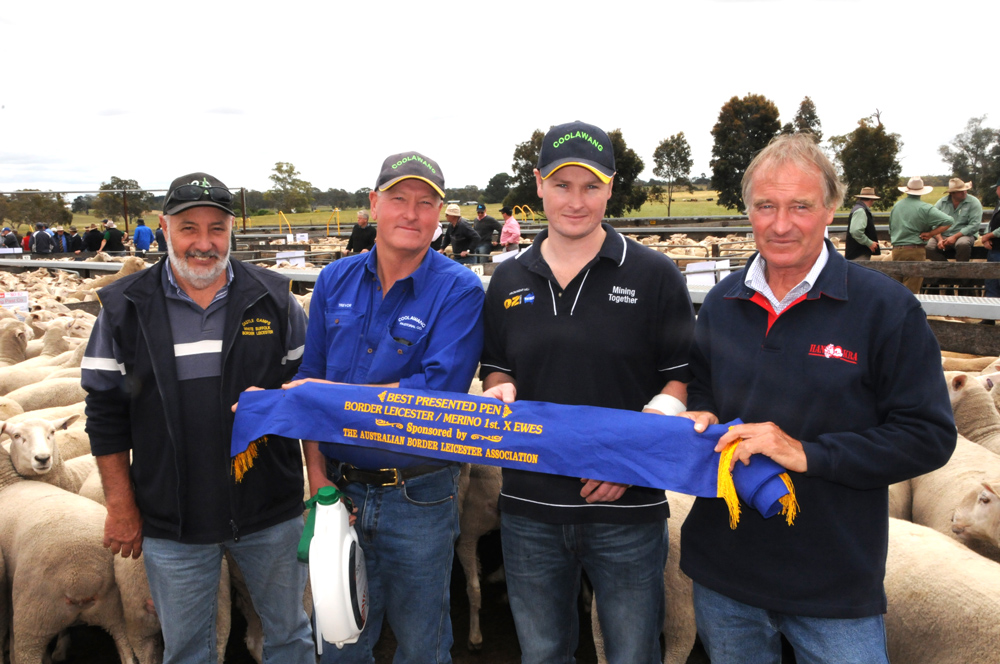 Last year Coolawang achieved the Australian Border Leicester Association award at the Naracoorte 1st cross
ewe sale for the best presented pen for the third time in six years. This was a highlight in a very successful
year, but indicative of the James family’s strong commercial focus. This year they are again offering another
high quality draft of young 1st cross ewes at Naracoorte, while drafts from many of their clients will also be
well worthy of buyer inspection.